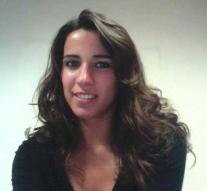 base - A Belgian gynecologist just escaped death when his assistant, a doctor in training, tried to poison him and cut his wrists.

The assistant was the Portuguese Telma Couto Garcia, who until recently had been married to the Belgian.

The couple had separated temporarily, but Telme had returned with her lover to deal with her ex. She suddenly stood at the door of his apartment in Switzerland. the medical specialist was happy to see her and talk about it.

But when the door opened, the Belgian was forcibly forced to drink a bottle of an unknown cocktail, poisoned rat poison, empty. 'I was terrified, but I drank not to die,' the man tells Het Nieuwsblad.

Because the two wanted to make it look like a suicide, they also tried to cut the wrists of the gynecologist.

In the end the man managed to wrestle loose with his last powers and jump off the balcony. A neighbor called the police.