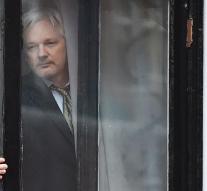 - "Julian Assange will be heard on October 17 at the Embassy of Ecuador in London. Sweden wants to question him because of accusations including a rape allegedly committed in 2010."

"The hearing is run by an Ecuadorian prosecutor. Sweden sends Chief Public Prosecutor Ingrid Isgren and a police detective. Assange, who is under arrest warrant in Sweden, denies the allegations."

"Assange was and is concerned that Sweden will extradite him to turn to the United States. He leaked in the past data on a US helicopter attack in Baghdad in 2007 in which citizens and journalists were slain. The Pentagon wants to talk to Assange in each case."