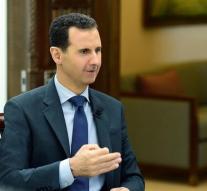 washington - The United States has proven that the regime of Syrian President Bashar al-Assad has built a crematorium at a major military prison outside of Damascus. That said an official of the Ministry of Foreign Affairs Monday.

Stuart Jones, the United States Deputy Foreign Minister for the Middle East, said the crematorium would be used to eliminate bodies from prison. The Assad government would have allowed thousands of prisoners to be heavily hanged in prison during the civil war for six years. 'According to reliable sources, many bodies are also dumped in mass graves,' Jones told a briefing to the media.