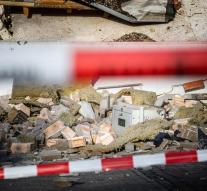 the hague - In several European countries, 27 people were arrested in connection with hacking of ATMs. Two arrests were made in the Netherlands, according to the European police organization Europol Thursday.

The suspects broke or smashed holes in the hoods of ATMs, after which they could connect laptops or other electronic devices, so-called 'black boxes', to the computer behind it. That way, they could give the vending machines instructions to spend all the money. According to Europol, the damage was in hundreds of thousands of euros.

This type of electronic theft was first set up in Western Europe in 2015. Most arrests were made in 2016 and 2017. According to Europol, the perpetrators mainly come from Romania, Moldova, Russia and Ukraine. The investigation continues and there may be more arrests.