Home / World / Arrested man who shot himself in the head 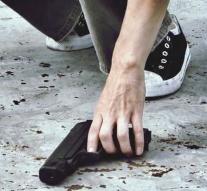 melbourne - An Australian who accidentally shot himself in the head was arrested in connection with another shooting.

Luke Morin lost an eye last year, part of his brain and a piece of his skull when he accidentally shot his head. He survived the incident, but police investigation showed that the gun was also used in an earlier shooting. When Morin was discharged from hospital last week, he was arrested, reports the Australian newspaper The Age.

The man had to come to court on Thursday through a video link because he would have shot a man in a car in both legs, followed by a shooting between friends of the victim and Morin.