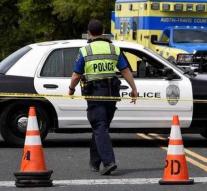 washington - A man from the US state of Washington was arrested after sending several bombships to military locations in the US and a CIA office. According to the Federal Police FBI, the packages have not exploded.

The 43-year-old suspect was arrested Monday at his home in Everett, the FBI said. He would be brought before a Seattle court on Tuesday afternoon.

In one of the cases at Fort McNair, a building had to be evacuated after a package had been delivered there. Bomb experts from the army confirmed that the package contained explosives and established that a wick was attached to it.

In a separate incident in Austin, Texas, someone recently left behind bomb packages at homes. They exploded, causing two people to die and others injured. The suspected bomber blew himself up when the police were on his heels.