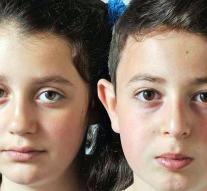 utrecht - The two Armenian children raised in the Netherlands and whose mother was sent to Armenia two weeks ago were found and housed at a safe address.

The two, Lily (11) and Howick (12), were hiding in recent weeks. According to the Nidos custody institution, this organization has been appointed as guardian of the children.

Nidos actually came into contact with the children on Friday and then placed them at a safe address. 'The children are in good health and make it good for conditions. The next period will be investigated what needs to be done with the children. '

The mother's expulsion caused a lot of shock because she was put on the plane without her children.