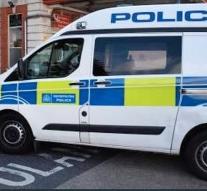 manchester - The British police cleared an area around Manchester on Friday in the center of Manchester. A police spokesman said it was about a Nissan Micra that could be important for the investigation of the May 22 attack.

People have been evacuated from buildings around the car. The area is also sealed off.

The suicide attack at the Manchester Arena came about 22 people a week and a half ago. Another 116 victims had to be treated in hospitals. According to doctors, they have permanent injuries in some cases.