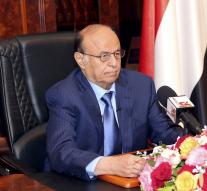 sanaa - A coalition of Arab states led by Saudi Arabia has slain thirty fighters accidentally loyal to Yemen's President Abd - Rabbu Mansour Hadi . The coalition grants since March, just support the president in his battle against the Shia rebel movement of the Houthis . According to local authorities, the coalition made ​​the mistake to bomb a military camp in a province near the city of Taiz Saturday local time.

During the air raid were forty other fighters wounded . The Houthis in Yemen occupy large tracts of land and are supported by Iran. The Gulf states see this as a sign of Iran's growing influence in their backyard.

Yemen is the poorest country on the Arabian Peninsula. It has nearly 25 million inhabitants.