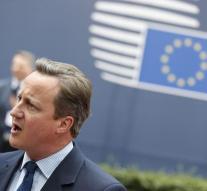 london - The date on which Britain will appoint a successor to Prime Minister David Cameron, has been postponed to September 9, a week later than originally planned. Reported that the Conservative Party on Tuesday.

On Monday was the committee which draws up the basic rules for the Conservative leadership, have reported that the appointment should take place no later than September 2nd. There is no reason given for the change.,, The Board and the Committee in 1922 agree that the election of the leadership should take place as soon as practically possible, '' said a statement.

,, To make sure that there is full participation of the members, the party board recommends that the date for the election of the leader on 9 September, '' the statement adds.