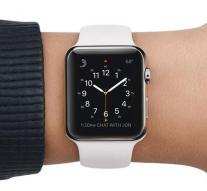 - The Apple Watch may get next year a micro-LED display. DigiTimes reports that Apple's 2017 model of its smartwatch will feature new energy-efficient screens.

The energy-efficient screens come at the earliest in the second half of 2017 on the Apple Watch. The smartwatch is now equipped with an OLED display, micro-LED is the successor to that technology. The production costs are higher according to Digitimes. Whether Apple watch is expensive, is not yet known.

The US tech giant took in May 2014 about the company LuxVue. LuxVue specializes in the manufacture of energy-efficient LED displays. Last year, Apple opened a laboratory in Taiwan to develop screens.