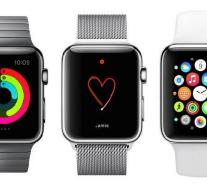 - Apple will release next year the successor to Apple Watch on the market, reports United Daily News. According to the Taiwanese newspaper is the device, which is referred to in the media as the Apple Watch 2, at the end of the second quarter. That would be sometime in June.

United Daily News uses the words of CEO Barry Lam of Quanta Computer, the Taiwanese company that Apple Watch reassembling. Lam said he expected that the next version of the smart watch is better than the current one, with " new hardware and software." The chief did not go into detail about specific enhancements. The Apple Watch, the first smart watch from the iPhone-maker, is available from April. It appears that Apple has sold nearly seven million smart bells recent estimates from market researcher Canalys, far more than competitors such as Samsung, LG and Motorola.