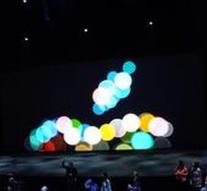 The most remarkable thing about the new models will be that the iPhone 7 and 7 Plus will contain no opening for a traditional headphone plug. Users will have to use a special Lightning adapter, or to choose a wireless headset.

In terms vna the Apple Watch is expected to be relatively minor update. Thus it is likely, if the rumors are true, a model with built-in GPS receiver so the device without linkage to an iPhone can track the location.