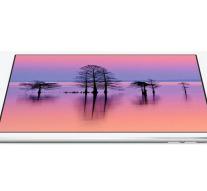 - Fans of small tablets will no longer have to count on Apple. At least, if we can believe Boy Genius Report (BGR). According to the usually reliable BGR, the techreus soon draws the plug from the iPad Mini.

Sources around the iPhone maker would have hinted that Apple does not see any health in the smallest of the iPad family. Why that is is unclear. Apple does not give specific sales figures of loose iPad models, so a conclusion can not be linked to it. It could be due to the fact that smartphones, including Apple's own iPhone, are getting bigger and thus make the need for small tablets unnecessary.

The Japanese Mac Otakara was released earlier this year with news that there would be an iPad Pro with a 7.9-inch display, but that rumor seems to be referring to BGR's news to the realm of the fables. Apple released the first iPad Mini in 2012. It seems that late CEO Steve Jobs has stopped the launch of a smaller iPad until his death. The flamboyant topman did not see anything in small or extremely big tablets like the iPad Mini or iPad Pro.

Besides, you do not have to run straight to the store, probably the existing iPad Mini models are still for sale