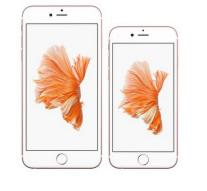 - Apple is working in secret on a new app that competes with services like Snapchat and Instagram. Bloomberg reports based on anonymous sources.

The idea is that users can record a video with one hand and edit filters and drawings so that they then can it spread via existing social media. This method should make a movie within a minute and can be spread.

The new app is part of another initiative from Apple to collect all the interactions between contacts together. Thus it should be possible, for example, all text messages, social media messages and e-mails to and from one person on one screen display.


The video app should be ready in 2017, already warn Bloomberg sources that often occurs in Apple apps to be reversed in the neck development.