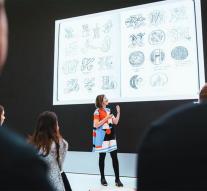 To date, these were primarily aimed at learning how to get the most from Apple products. With Today at Apple, as the new program is called, it is also expanded with creative programs, such as photography and drawing workshops.

With this latter, participants are also taken out of the store to work outside of their photography skills.

In addition to the possibilities for adults, special workshops for children are also organized. For example, there are 'Kids Hour' programs for making music, videos, programming or telling stories.

The Today at Apple Workshops are free and start on May 17th. People who do not have Apple hardware can use loan devices. The first photowalk will take place on Saturday, May 20th. Subscribe online at the Apple site.