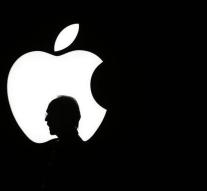 - Two years after the acquisition by Apple, there is an end to Topsy Labs. This company specialized in searching and analyzing tweets. 'We have searched our last tweet,' Topsy know late Wednesday on Twitter.

According to 9to5Mac, Apple has never done exactly explained what the company has done with the technology of Topsy. However, the internal search engine on iOS in recent years greatly improved. It is also possible that the technique is used in Apple Music.