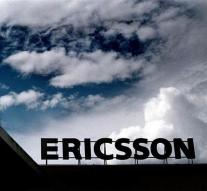 - IPhone manufacturer Apple and network specialist Ericsson ended their patent battle. The two companies have reached a settlement of all pending litigation. The Swedish company said in a statement.


The settlement amounts to a so-called
cross-licensing deal, the two companies may use part of each other's patented technologies. This agreement is valid worldwide. The two will collaborate in research into new network technologies, including the development of 5G data networks.
Also in the Netherlands Ericsson and Apple would meet in May for the judge, but this case concerns not through.
The whole patent war between the two began when Apple sued the Swedish company because the license for 4G technology was too high. This Ericsson accused the iPhone maker of violating 41 of its patents.
NEW