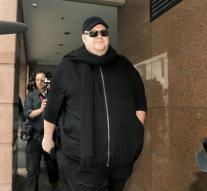 - The German Internet entrepreneur Kim Dotcom allowed the appeal against his extradition to the United States to broadcast live on YouTube. The judge gave according to New Zealand media permission to film the process by a hired cameraman.

The magistrate argued in the great interest in the case as a reason to approve the request. He Dotcom have imposed a number of conditions. For example, the chat and response capabilities must be expelled from the video. Also must be broadcast in slow motion.

The German dropped to Twitter know themselves to abide by its terms.,, New Zealand is at the forefront when it comes to transparent justice, '' exulted Dotcom, who had registered after the court ruled last year that could go his extradition appeal.


The entrepreneur was the man behind Megaupload, a site where files could be shared. The United States suspect him among others of violating copyright.