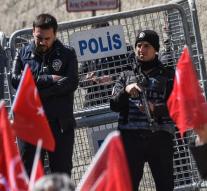 istanbul - Turkey has sent home more than 3900 government officials in a new resignation wave after the failed coup last year. These are civil servants, military personnel and police officers. It seems the greatest purification since the coup attempt.