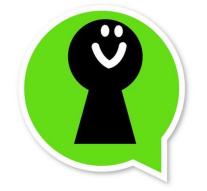 - Call without phone and without having to reveal your identity. The Dutch call app Warble says the first to truly anonymous to call. A tapverzoek government therefore makes no sense.

The developers point out that by Warble human rights defenders, political activists and journalists be allowed to do their work without being hampered by tapping governments. Now they communicate in countries like Russia and China, often risking their lives. To activate an account is no phone required as is the case with existing apps and secure telephones. To call utilizes Voice Over IP over 3G, 4G or WiFi connection.

"To allow users to anonymously communicate Warble App combines three advanced protection techniques," explains founder Paul Coerkamp increasing. "But the important thing is that we do not know the identity of users and offer the possibility to pay anonymously.

A request for information from the government therefore does nothing. What we do not know of a user, we also can not pass.

"Warble is an initiative of CrowdFone founded by two Dutch telecom entrepreneurs who want to protect the privacy of users, the app is Sunday October 25 launched on the opening day of the International Privacy Conference (IPC) in Amsterdam.