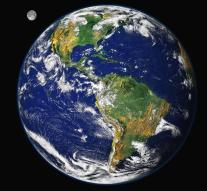 - About half of the species can not cope with the global warming. The consequence is that a massive extinction of species can get started within fifty years.

That alarming proposition comes from John Wiens, which is regarded worldwide as a leading evolutionary biologist. Whose headed to the University of Arizona in the United States a study on the impact of the ever increasing global temperature, 1 degree Celsius since the start of the industrial era. Around 2100 the temperature may have already risen by 2.6 to 4.8 degrees.

He investigated thousand species, of which 47 percent suffered from climate change. He discovered that different species withdraw from areas that are too hot. He examined species of animals throughout the world twice, in order to be sure of the warm-up effects. He was more in Europe, Asia and North and South America.

Animals can according Whose not fast enough to respond to global warming. Moreover, there are few places on earth where the warming until now has gone unnoticed by.