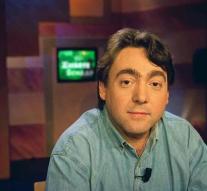 brussels - In laboratory animals center of the Vrije Universiteit Brussel (VUB) is determined not gently handled animals. A member of animal rights organization GAIA spent three months undercover as a researcher in the so-called Animal unit and filmed many 'atrocities.'

The care and housing of rats, mice, rabbits and pigs leaves much to be desired. And they are sometimes slain in a shocking way. For example, newborn mice frozen to death or their neck is broken up with a pair of scissors or pen. Also decapitated pigs. The attitude of people towards animals would be 'indifferent'.

The lab violates many rules, Gaia concludes. Chairman Michel Vandenbosch demanding a thorough investigation and wants the license of the center is suspended.

The university makes it into a reaction able to understand the disturbing images and initiate investigations. Short-term investment in better housing and welfare, the VUB promises.