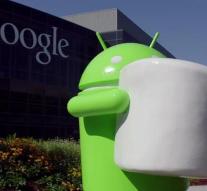 mountain view - The new features of Android 8.0 (Code Name O) have actually been said and written, but the official name was not yet known. Android Police has now discovered the suspicious name of the following Android version in a link to a video on Google+. The successor to Android Nougat is called Android Oreo.

It was found that the eighth version of the world's most used operating system would be a sweet snack with the letter O, but a definitive choice was not made by Google yet. Social media has been speculating on the name for months and Oreo was one of the most prominent contenders. Whether Google has made a special deal with the makers of the well-known black biscuits, as is the case with Kit Kat, is not known.

Android 8. 0 Oreo is likely to launch on August 21st. According to insiders Google allows launch to coincide with the total eclipse seen on Monday above North America.