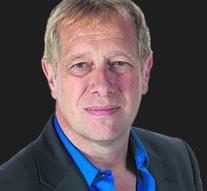 - That Donald Trump for the whole world declares to believe Vladimir Putin on his blue eyes is bad news for the relatives of the MH17 disaster. If there is one man who could force Putin to cooperate more in finding and prosecuting the guilty of the murder of 298 people on board the aircraft, then it is the American president.

Although it was not about the disaster flight, Trump believes that a 'strong denial' by his Russian colleague about the Russians' interference with the American elections is just as valuable as the investigations of his own secret services. Vladimir Putin, who was a pariah on the world stage by the Russian annexation of the Crimea and the Russian interference in Ukraine, was hoisted into a seat by the most powerful man in the world and is back at the front. The place he wanted to be, as Trump's match. And as equals, you do not tell the other person what to do.

Donald Trump once again made it clear, as he did at the summit with Kim Jong-un, that he has a penchant for what he calls strong leaders. A term that is too weak for the corrupt regime of Putin and ridiculous for the dictatorial regime of Putin.

Trump's claim that diplomacy is always preferable to a conflict cuts wood, but then you have to have a policy.

Especially in the case of Putin, Trump seems to be following the course of Moscow. Putin squeezes his hands because: the EU is weakened through a trade war and the unity of NATO is threatened by an unpredictable American course. It may be doubted whether Article 5, in which an attack on an ally must be answered throughout NATO, still applies. Russian propaganda and interference in the US or Europe are also not taken seriously by the American president.

You would almost say that Putin could have given Trump more thanks than the World Cup ball he was given very useful after an insistent question.

Anyone who thought that the leader of the free world would read Putin's lesson was disappointed. To stay in football terms: America Russia 0-3.