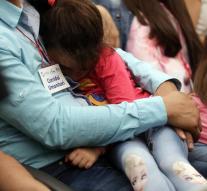 london - Pressure from the European Union in Italy to be strictly led by refugees to human rights violations. Human rights organization Amnesty International concludes in a report made public Thursday. According to the organization, there is beatings, detentions and unlawful evictions.

The report shows that it is wrong to approach the hotspots set up by the EU, where the refugees are identified with fingerprints. Not only is the law violated migrants may apply for asylum in the country where they wish. It has also led to abuse.

' In their efforts to stem the flow of refugees, the EU leaders pressure on the Italian authorities stepped too far, '' said Amnesty. ' That has resulted in an already traumatized people are another victim of police abuse and even unlawful evictions. '