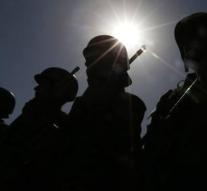 niamey - In the southwest of Niger, not far from the border with Mali, three American marines and five Nigerian soldiers were killed and certainly injured two others when the group ran into an ambush during a joint routine patrol.