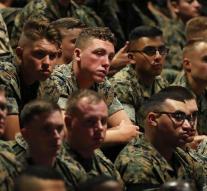 kabul - Three American have been killed by an explosion of an explosive at the Afghan provincial capital Ghazni. Three other soldiers were injured, writes NATO in a statement.

An employee of an American company was also injured as a result of the attack. NATO gave no further details about the attack.