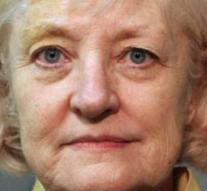 chicago - A 66-year-old woman who has repeatedly boarded aircraft on board without a ticket, is released. A US judge summoned the so-called serial steward Marilyn Hartman to stay away from airports, the newspaper Chicago Sun-Times reports.

The woman recently ran into the light at the British Heathrow airport. She had slipped past security in Chicago. Hartman succeeded, according to the police, to board a plane by mixing with other passengers. The British authorities then sent her back.

The judge took into account the fact that Hartman had managed to stay on the right path for two years before her arrest. Yet the police reacted disappointed to the decision to release her. According to NBC Chicago, a police officer said that the risk of recidivism is high if the woman receives no help.