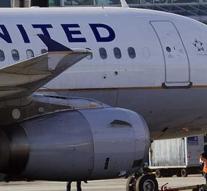 dublin - A United Airlines plane left for the nearest airport on Monday after discovering a disturbing 'message' on board. The captain of the aircraft, which was on its way from Rome to Chicago, made a stopover at Shannon Airport in Ireland.

The local police spoke of a threat, according to the airline there was cause for concern about safety. An initiate in the investigation said that it was a bomb threat. The Irish Times reported that a warning was found on a toilet for a blocked explosive.

The 207 passengers and eleven crew members left the Boeing 767-330 as quickly as possible. All occupants were asked to write something down to compare their handwriting with that on the note. The customs will check all luggage again. Experts search the plane.