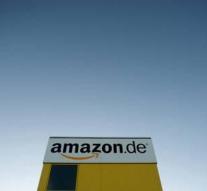 berlin - Germans can also order their daily groceries at Amazon. The webshop has a food branch, AmazonFresh, which supplies from Berlin in Berlin and Potsdam from Thursday. AmazonFresh has 85,000 items in the assortment and says that groceries ordered before 12:00 have been delivered before dinner.

AmazonFresh began in 2007 as a test in Seattle, Amazon's home city. In recent years, the service has expanded to cities like New York, Los Angeles, San Francisco, Boston, Chicago, London and Tokyo. Customers must have Amazon Prime subscription to order at AmazonFresh.

It is not yet known when AmazonFresh comes to other cities.