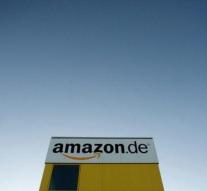 seattle - Amazon wants to try again to market its own smartphone. After the flop with the Fire Phone in 2015, the giant puts his hope on the Ice. That reported several tech sites.

The Amazon Ice has to run on Android. It is not clear if he gets the Amazon assistant Alexa. Amazon wants to sell the devices especially in emerging markets like India.

The Amazon Fire Phone was for sale in the United States, Great Britain and Germany. The device was presented in June 2014. It is not known how many copies have been sold, but Amazon quickly dropped the price and eventually wrote $ 170 million. In August 2015, the sale stopped.