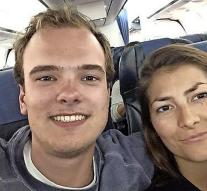 schiphol - Travel agencies are now also under fire because airline passengers are more likely to suffer from long delays and flight cancellations. The deceased traveler is entitled to a compensation of up to 600 euros.

Regularly, flight times less than two weeks before departure are changed to the detriment of the consumer. This may not be in accordance with European legislation. However, the airline is initially liable. However, the (online) travel agent can not jump the dance. That must provide the right information in good time.

This is evidenced by a ruling from the supreme European judicial body, the European Court of Justice. 'The consumer is being led by the aviation and travel industry, deceived and sent from the cabinet to the wall to avoid legal compensation,' said air traveler Bas Krijgsman from Groningen (26).

He had to knock for 600 euros for compensation because the SLM flight to Paramaribo was postponed one day at the last minute. He did not get that.

The ict entrepreneur would fly to his girlfriend Isabella Kropholler on November 14, 2014, who was in Suriname, and had booked a SLM ticket at the online travel agent Gate1. Who notified him only on November 4 of a 24-hour delay.

'Gate1 and SLM refused to pay and point to each other. Then I went to the canton judge. That brought the matter to the European Court, 'said the warrior.

SLM had informed Gate1 already on October 9, but had failed to pass on to the warrior in due time. 'Then the airline company has to pay the costs at the travel agency where the ticket was purchased. However, the burden of proof lies in aviation, 'the judge states.