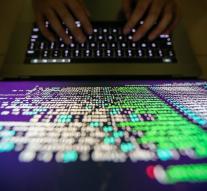 moscow - Russian banks have been victims of massive cyber attacks, but they are all beaten. This told the central bank in Moscow Saturday. Russian media reported that the state railways were unsuccessfully attacked by hackers.

The Russian Ministry of the Interior said, according to press agency Tass, that the malicious virus was not penetrated to the ministry's servers because they are Russian and have a different system than the Windows computers affected.

Friday and Saturday, cyber attacks with hostage software have been conducted in nearly 100 countries. It led to serious problems in the UK healthcare in about 45 institutions. On Saturday, patients were sent home and were called to go to certain hospitals only in emergencies.