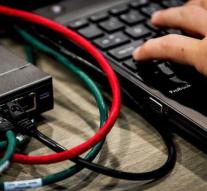 brussels - Russian hackers from the military intelligence service GROe are also associated with a cyber attack in Belgium. In 2014 they attacked the Ministry of Foreign Affairs there, writes De Standaard.

It is not clear what the hackers were looking for, but at the break-in a confidential diplomatic report on Ukraine would have been copied. The hack, in which so-called Ouroboros malware was used, came to light at that time. Even then, Russia was pointed out with an accusing finger.

According to De Standaard, the hackers were part of the Military Unit 26165, part of GROe. This includes the hackers who were behind the attack at the OPCW in The Hague.

The investigation by the Public Prosecution Service in Belgium into the cyber attack is still ongoing. For the time being, no specific perpetrators have been appointed.