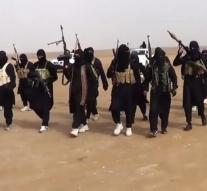 brussels - One of the three suspects were detained Tuesday in Belgium to recruitment practices for terrorist organization Islamic State (IS), is released. It reports the federal prosecutor's office in Brussels Friday.

The three are suspected of participation in the activities of a terrorist group . K. French national, the other two Belgian.

The police attacked Tuesday nine houses within municipalities in the Brussels Sint-Jans-Molenbeek, Koekelberg Schaerbeek and Etterbeek. Of the ten arrested were seven are released the same day.

Prosecutor says evidence to have the organization that recruited jihadists who traveled to Syria. The case is separate from the investigation of suspects in the attacks in Paris.