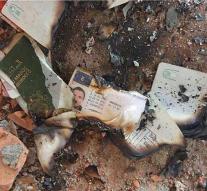 DNA research has now identified the identity of the second body found in the detached house in Alcanar south of Barcelona, ​​police reported. In that house, the group had prepared the attacks. In addition to 120 gas bottles, the remains of two people were found.

For a few days it was known that it was the other body of Imam Abdelbaki Es Satty, who is seen as the leader of the terrorist cell. According to Spanish media, the second dead man is identified as Youssef Aalla. He was the brother of a terrorist shot in Cambrils by the police and also the brother of one of four detainees arrested, La Vanguardia writes.

The police assume a twelve-headed terrorist cell. Of these, eight died, four others were arrested and sent to the trial judge on Tuesday.