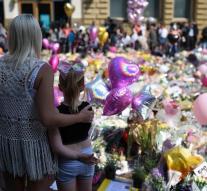 manchester - The eight men stuck now because of possible involvement in the attack in Manchester are all formally suspected of terrorism. The men are between the ages of 18 and 38, according to the police. The last detainee was arrested in Manchester on Friday on Thursday.

In the English city, the 22-year-old suicide bomber Salman Abedi will be on Monday evening at the exit of a concert hall. As a result, 22 killed and more than sixty injured. The police assume that the perpetrator was part of a terrorist network. According to British media, she fears that the bomb with which Abedi is blowing was not the only explosive on the network.