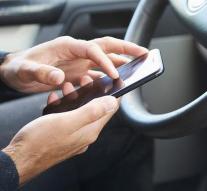 the hague - The initiators of an advisory referendum on the so-called draft law have collected 8000 signatures within a day. One of the initiators, student Tijn de Vos, reports that.

The first horde for the consultative referendum on what is formally called the new Intelligence and Security Act was already taken. Friday showed that the Electoral Council had approved more than 19,000 requests for such a non-binding referendum. With that, the necessary 10,000 for the first phase were well received.

In the second phase 300,000 signatures must be collected.

READ ALSO: Five questions about the drainage act and watch the video: This means drainage law for you