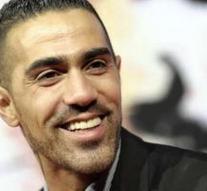 cologne - The CD 'Sonny Black' of the German rapper Bushido may not be sold to young people. Which has ruled the judge in Cologne Friday. It was an acknowledgment of the view of the national assessment committee in Bonn.

Who considered the album, released in 2014, although as an artistic expression but found the lyrics discriminatory, violent and abusive. To protect the youth against the plate in April on the list last year, media put dangerous for minors.

Bushido filed a lawsuit against that decision, but got no right. The artist was not present at the verdict Friday. He may appeal to the higher legal authority in Münster. That he did once in 2015, when successfully. The song 'Stress ohne Grund' constituted according to that court, no danger for the youth.