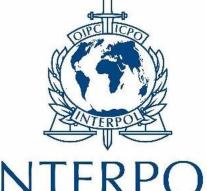 saddle gem - Police service Interpol reports an alarm about the theft of a truck with 33,500 liters of chemicals in Belgium. The truck was stolen according to international media in Zedelgem, near Bruges.

Interpol would have warned all European police forces to be extra alert at the border posts, reports media from Spain, Italy, Great Britain and Belgium.

A European manhunt was opened on a black truck that was stolen in Zedelgem on Saturday.