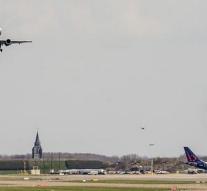 brussels - Airline companies from Kazakhstan to fly to Europe again. Because they meet international safety standards, the European Union they met Thursday blacklisted.

Iran Aseman Airlines airline has been added to the list. European airspace is now banned access to a total of 193 flight companies from eighteen countries, including Suriname Blue Wing Airlines.