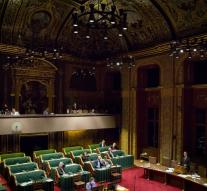 - For citizens and companies, next year tax cuts totaling 5 billion euros. The Senate voted Tuesday in the government plan. This is after months of discussion taken the last hurdle.

The cabinet of VVD and PvdA saw themselves forced to seek support from the opposition, because the coalition in the Senate has no majority. CDA and D66 decided to participate in the burden.

The government had to pull out all the stops to steer the Tax Plan for 2016 by parliament. D66 long remained uncooperative. But in exchange for some adjustments and other allowances the party could eventually endorse the plan.