Home / World / Agents threatened with death in a letter to crib 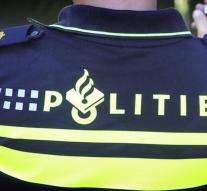 cuijk - Two officers from Cuijk threatened during the holidays with death through a letter that was hung on the nativity scene in the Brabant village.

The letter was hanged on December 21, police announced Wednesday. After the threats launched an investigation. On 24 and 27 December two men were arrested on suspicion of the death threats.

A 56-year-old suspect was arrested at his home in Cuijk. A second man (45) came forward Tuesday on the desk. The second suspect is still in custody for further investigation. The 56-year-old on Tuesday released, but remains suspect. About the backgrounds of the threats should appear later.