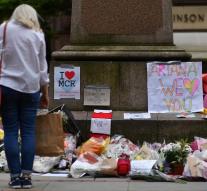 manchester - The police in Manchester caught another two suspects on Thursday morning in the investigation of Monday's attack. There are eight people in total.

That's what the police reports. A woman who was arrested Wednesday evening was released again.

Among the six other suspects is also a brother of assassin Salman Abedi: Ismail. Another brother, Hashem, would be detained in the Libyan capital of Tripoli. He is suspected of ties with Islamic state, reported a local anti-terrorism unit.

READ ALSO: Authorities have been warned five times for Abedi

According to eyewitnesses, father Ramadan Abedi was also arrested by armed men who had come to his home in Tripoli in cars. He had previously stated in the media not to be able to believe that his son would commit an assault.