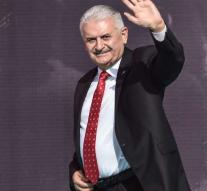 ankara - Turkey discharges thousands of civil servants per decree on Friday evening by several government departments, including the police and the army. Prime Minister Binali Yildirim told CNN Turk. Yildirim did not say exactly how many people were told the guard.