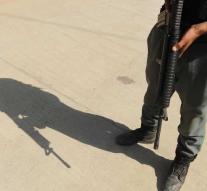 herat - On a military base in the province of Herat, in the west of Afghanistan, a Czech soldier was killed on Monday when an Afghan commando opened fire on NATO troops. Two Czechs were also injured. This has been announced by the Czech Ministry of Defense.

The Taliban has claimed responsibility for the attack. The NATO base in the Shindand district is located in an area where the Taliban is strongly present.

It is the second attack by a Taliban infiltrator in a short time. Last week several deaths occurred on a base in Kandahar when an infiltrator started shooting after a meeting between Afghans and Americans. Among others, a police officer and the regional Afghan intelligence chief were killed. The governor of Kandahar and an American general were also wounded.