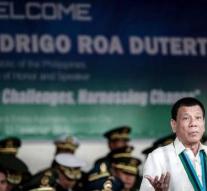 manila - The president of the Philippines Rodrigo Duterte, after the drug crime his sights on online gambling. He wants to gambling on the Internet in his country completely eliminate, he said Thursday.

Duterte has been engaged in a harsh campaign against drug crime. Since taking office in July were already slain some 6,000 alleged drug offenders. Whether he wants to attack the digital gokbranche with the same vigor, is not known. He has not announced any concrete measures.

The Philippine gambling industry is one of the most vibrant in Asia and has drawn many foreign companies over the last ten years. Operating internationally from that country. In the gambling industry and its resorts go billions of euros.