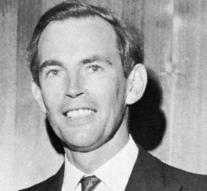 - The South African writer Chris Barnard is deceased Monday at the age of 76. He died of a heart attack, reported South African media.

The South African literature this year with the death of André P. Brink, Ena Murray and TT Cloete, lost a number of its giants.

Barnard news comes shortly after it became known that the South African singer Randall Wicomb Sunday is deceased, after a long battle with prostate cancer.