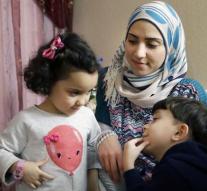 - Rescue workers from the Syrian organization White Helmets (White Helmets) in the next two years to four million euros of aid from the Netherlands.

These unarmed volunteers save at great peril to their own lives thousands of victims from the rubble of the bombing, says Bert Koenders, Minister of Foreign Affairs Thursday. He calls them,null, heroes who are a bright spot in the otherwise so complex and obscure situations. They are a clear example of the good in people. ''Netherlands gave late last year 1 million. According to the minister the support is urgently needed :,null, Syrian citizens live in constant fear, under daily bombardment. Therefore, it is essential that good help is offered in Syria itself.The White Helmets also provide information and training. The Dutch contribution more women can be trained.
NEW